Taking the Fun Out of Puzzles & Games

The high cost of "safe" estimates

A summary of an idea from Goldratt's Critical Chain

People want to be seen as reliable, so they tend to give safe estimates. But their stakeholders tend to try to whittle down the estimate, so the person often has to fight for their estimate. Now they might look dumb if they finish much sooner than the estimate for which they just fought so hard. Even if the stakeholder is initially pleased when this happens, the person knows that, in the future, their estimates may be seen as inflated.

If you were to draw a graph of the likelihood of a task finishing at various points in time, it would commonly look something like this: 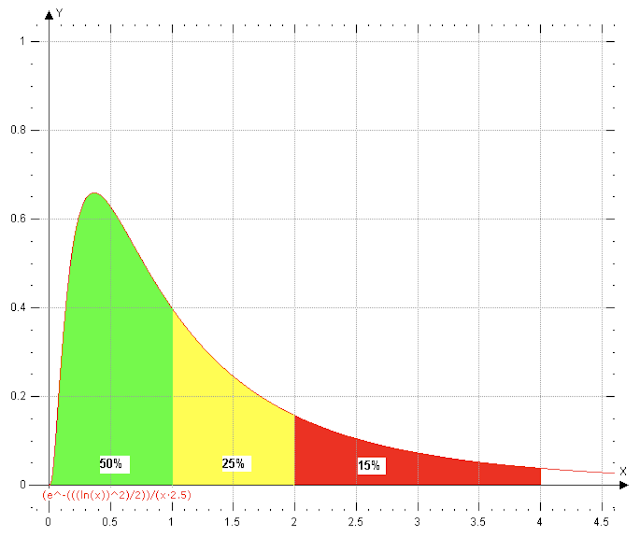 So, an estimate with 90% confidence—a safe estimate—will have to be many times longer than a true estimate.